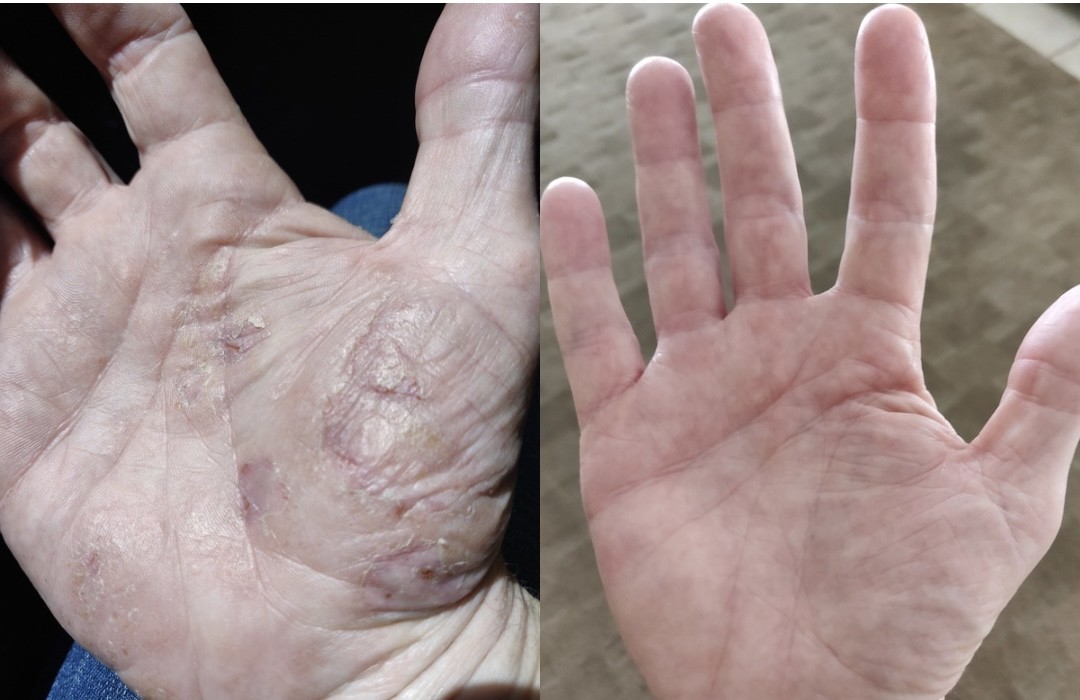 Ken’s hands became painful as they began to crack and bleed from his serious eczema condition.

Overly conscious of the way his hands looked, Ken was embarrassed of the cracking and bleeding and began to avoid shaking hands with people. Eventually, Ken's fingers and hands became so painful, it was difficult for him to ride his motorcycle. It was so bad, at one point he could see he was actually losing the fingerprint on two of his fingers.

Ken finally went to a dermatologist who diagnosed him with Dyshidrotic Eczema and gave him some cream and oral steroids to help reduce inflammation.

But his hands never really got better. He began to worry he had a more serious issue, maybe MRSA because of the erosive nature of his eczema. He actually thought he had flesh eating bacteria.

The dermatologist was prescribing higher doses of steroid creams, but his issues didn’t get better. After 5 appointments for his skin and trying different remedies, there was only slight relief, the skin would not fully heal.

While his Dermatologist seemed happy with some of the progress, and mentioned “it could be worse.” Ken knew his hands were not all the way better. They still continued to feel really itchy and would still form blisters despite all the steroids.

He finally decided to try Naturopathic Medicine to treat the ROOT CAUSE of his skin problem. He felt that there had to be another solution.

Within a month of using my naturopathic approach, Ken’s eczema improved dramatically, and was almost gone! His hands were back to normal within 2 months.

Ken feels better than ever, and is happy in his skin again. So happy that he sent some amazing and somewhat gruesome (FYI) before and after photos that I will share in my new workshop “Holistic Dermatology: Acne, Eczema and Itchy Skin”

Join me to learn my simple 3 step system to get to the root cause of eczema naturally! 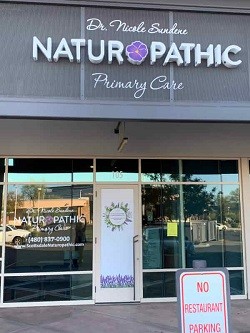